The Rouge Wedding: How CCP Messed Up Again

CCP held the annual Fanfest last weekend, a celebration of all things Eve Online. Even though I no longer play Eve, I still love to watch Fanfest, as they tend to announce big new features for Eve that occasionally tempt me into playing again.

Now the vast majority of people have heard of Eve, mostly from news stories that are hilariously inaccurate about real life money getting lost (I know of no one throwing down $300,000+ into Eve). However, unless you pay attention, you might not know that CCP also have a console shooter called Dust 514 on the PS3. A free to play game, CCP were initially criticized by their fan base for releasing it on console instead of PC (myself included) as the vast majority of us don't play on consoles. 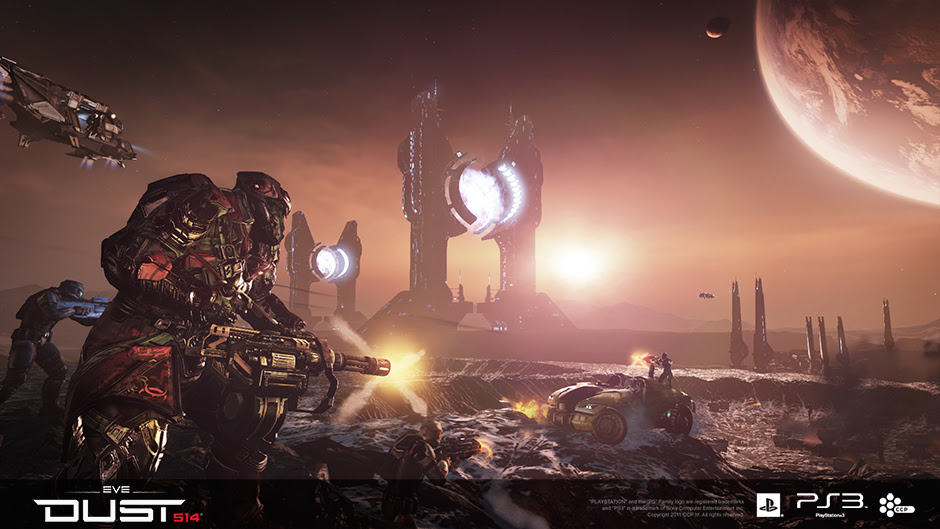 On to Fanfest. Each game that CCP is working on (currently Eve Online, Dust 514 and Eve Valkyrie) has a keynote address where the very latest and largest announcements are initially made. These are then usually expanded on throughout the weekend in other segments. This year however, CCP Rouge (the executive producer of Dust), announced that Dust was going to be ported to the PC, under the title Project Legion.

For me, this was exciting news. To be able to play an Eve based shooter on my PC was something I had been excited about when the rumours of Dust had surfaced. However, for those who had spent time, and money, on Dust for PS3, hundreds of questions were brewing. Posts like this one started to surface on the forums, and it seems that the devs were not expecting some pretty obvious questions. Ripard Teg of Jesters Trek and CSM 8 wrote a blog post that details something disturbing:

Afterward, I caught a DUST developer with which I have a really good relationship and asked "Is CCP going to rebrand DUST 514 to EVE Legion?" He stammered a bit and wouldn't answer the question. Then I asked "Will the existing PS3 players get to keep their skill points in the new release?" He wouldn't take that one, either.

Soon thereafter, CCP Frame posted a Dev Blog regarding the introduction of Project Legion. In it, he details some of the reasons for the branching out of the console based Dust toward a more PC orientated future. He also stated that Dust would continue, but as a more casual pick up and play based game. It seems that no amount of work could allow CCP to iterate upon Dust to the point where they could achieve their vision of an Eve style shooter, so they needed to start again. This isn't the first time that CCP has had to put out fires regarding a development choice. The Incarna expansion resulted in protests in game, rage on the forums, and mass unsubscribing of the players due to a combination of a failed walking in stations feature and badly priced micro transactions among other things. A change to the Terms of Service that, while small, seemed to outlaw scamming in Eve was met with more rage than any other change I have seen. Finally, when it was discovered that CCP had given some rare ships to SomerBlink (a micro lottery website) to auction off for in game currency, the fires burned even hotter.

And yet it seems CCP haven't learnt from these episodes. Despite warnings from a number of the people in the CPM (Dust's version of the CSM) that they needed to announce this before Fanfest, they chose to go ahead and announce it before people who had paid real money to be there to see things about the game they loved. Smooth CCP, real smooth.

Hopefully, the fires have burnt out a little by now so that CCP can actually communicate its plans to the playerbase they way they should have before the fires started burning. Maybe this time they will learn to actually listen to the advisory bodies that they have in the CSM and CPM before putting their foot in their mouth again. I'm looking forward to Project Legion coming to PC and hope that a good result can be had for both PL and Dust.

GAME ON!
Posted by Tetris is so Unrealistic at 01:46

Tetris is so Unrealistic
An Aussie who likes to talk about all things game related. The majority of my interest in gaming comes from the "metagame" and the cultures and groups that develop around certain games. You can be sure that I will interact with people in whatever community I take part in.